History of the Company

For over 130 years, National Seal Works, Inc has served the needs of businesses in Virginia, Maryland, and the District of Colombia area by providing a diverse array of goods and services aimed at promoting American businesses.

When Harry Reinhard purchased the company in 1891 for $400, most businesses were limited to using unsophisticated methods for promotional materials, such as printed media or lower quality bespoke products, such as badges or ribbons. As businesses’ needs evolved during the industrial revolution, National Seal Works changed with them, using innovative methods to develop products aimed at enabling American businesses to succeed in an increasingly competitive global market. At the time National Seal Works specialized in Custom Rubber Stamps, Notary Stamps and Supplies, but as time moved, on and ownership of the company passed Harry’s son Meyer, the company expanded its offerings to include office supplies, envelopes, custom stamps, embossing seals and other specialty printing. Everything was primitive as hell and probably cost less than a dollar! 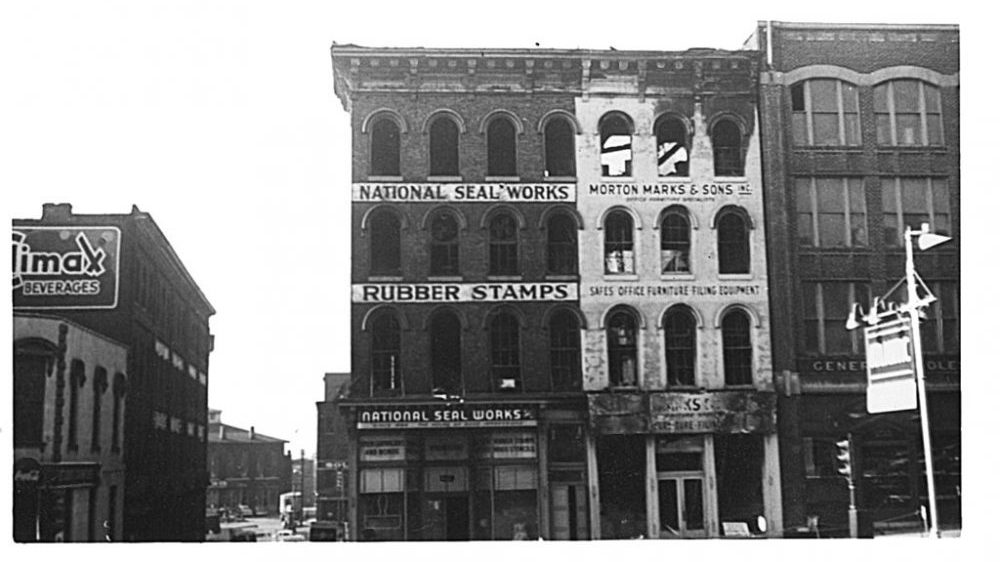 While National Seal Works was able to thrive under the stewardship of five generations of Reinhards, the history of the company is not without tragedy.  At times my Grandfather  Robert used to say “My Grandfather (Harry)  over-paid for it”, given the challenges he faced during his tenure as owner. After serving with distinction in World War II and earning a Purple Heart for his trouble, my Grandfather Robert returned home to pursue the American Dream. These dreams were dashed when in 1955, the building burned to the ground resulting in a total loss to the business. While the event was devastating setback for the company, my grandfather’s fortitude and commitment to making his dream succeed led him to seek opportunities to rebuild and resume business as usual! In 1969,  Robert Reinhard was ready to purchase his own building and move out into “The Country” at 5606 Greendale Rd located in Lakeside, Virginia. We have not moved since. 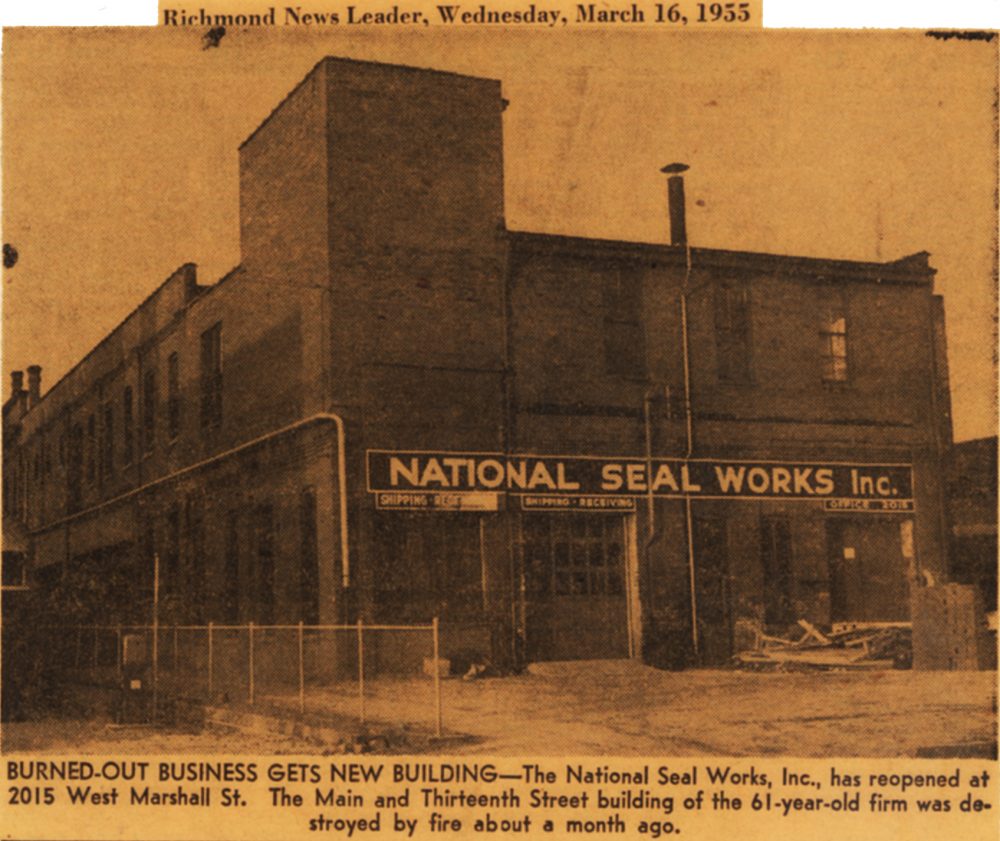 When my father Richard Reinhard (Fourth Generation) took over the reigns of the company, he led a period of rapid expansion in the company with the creation of several new divisions. National Marking Inc, IndustrialDecalsNow.com were created to focus on Specialty Printing, Digital Graphics, Labels and Decals. His interest in Pad Printing led to the purchase of specialized equipment and the establishment of Pad Printing Pros, and Distinked Impressions (originally an art stamp division) which specialized in innovative product packaging solutions.

Richard’s son Aaron continues the tradition of Reinhard men, developing new methods for American businesses to thrive. After several years of black coffee and sleepless nights seeking inspiration from higher places, Aaron Reinhard developed Laser Engraving Pros Richmond Virginia Headquarters—a company that has emerged as a leader in the providing custom laser engraving to promote success in business safety in the workplace, and improved quality of life in the home.

A LASER BEAM OF FIRE & FURY; THE BIRTH OF LASER ENGRAVING PROS

Our proud heritage along with our progressive and innovative business style has kept us at the forefront for over 130 years.

Robert Reinhard & Aaron Reinhard give an over-view of the company click here.